A downloadable visual novel for Windows, macOS, and Linux

A young woman wakes up in a lighthouse with a head injury and no memory of the shipwreck that brought her there—or anything else, for that matter. A stone-faced, stoic Lighthouse Keeper assures her that help will arrive soon, but seems unwilling or unable to help her figure out whom or where she is. Help the Lighthouse Keeper’s Guest uncover the mysteries of the island and its inhabitants in this point-and-click visual novel about unlikely friendship and loss of identity.

One playthrough of The Light at the End of the Ocean will take approximately an hour and fifteen minutes. Including all endings and bonus content, the full length is about two hours total.

In order to download this visual novel you must purchase it at or above the minimum price of $7.50 USD. You will get access to the following files:

I got this as part of the enormous Bundle for Ukraine, and it’s definitely one of the highlights of that set. The story is well crafted, the setting compelling, and the characters believable. It was worth going back in again after my first playthrough to get the good ending, which was really touching.

Thanks so much for the comment, I'm really glad you enjoyed it!

Read this as one of the first games I got on itch, and it was really good. Liked the art, liked the music, liked the characters, but I think most of all I liked the set-up and third-person narrative. The lighthouse and island being what they are (don't wanna spoil in the comments) and the characters being referred to as "The Guest" or "The Keeper" were both brilliant ideas. I was so surprised by how much I actually ended up being engrossed in this VN that I was almost inspired to try and write and code a VN of my own! Almost, since I'm dreadfully uncreative. Still though, that I even got the idea should say something.

Thanks so much, I'm really glad you enjoyed it! And if you ever decide to give writing that idea of yours a shot anyway, I actually wrote a little article with some advice on making your first VN in this zine: https://sasquatchii.itch.io/vn-zine-issue-1

This is a great polished experience, really enjoyed getting to know more about the characters, the mystery of the island and the lighthouse, and finding the different endings! The point and click parts were really fun and cool to see in a VN!

A great looking demo, I'm intrigued where the story will go from there. Looking forward to the full release! :)

The character art is very nice, and the scene images, particularly the one are the mirror, look really stunning. I'm looking forward to seeing more of it when it's done!

Just played. It was short but intriguing. The artwork is lovely, I love the Guest's sprite art.

My only issue was that the sound of the rain is connected to the music, so I couldn't turn down the rain SFX without turning down the music as well.

Other than that, I can't wait to see what else you do with this game! =D 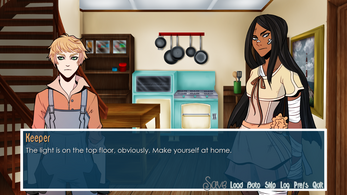 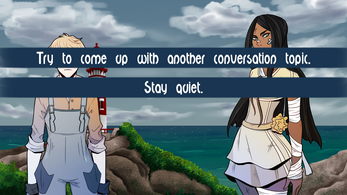 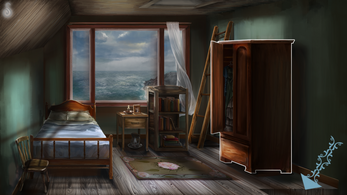 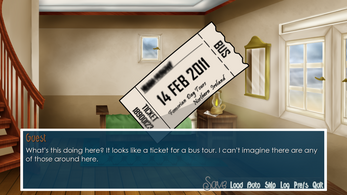 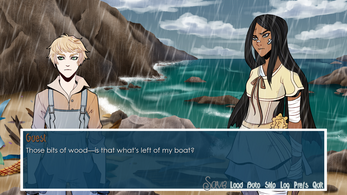